Using a VPN has many advantages and allows you to, among other things, surf anonymously and download. A VPN can offer you a lot, especially if you like to stream movies and series.

In this article, we would like to address the most important questions about VPN and streaming. When is it useful to use a VPN client for streaming? Where can you get a VPN client? What do you do if you stream via devices that don’t actually support VPN (such as Apple TV or streaming sticks like Amazon Fire TV)?

When Should One Use a VPN Client for Streaming?

There are many cases in which a VPN is useful for streaming. Basically, it makes sense to stream via VPN if you want to stream content that is unavailable in your country, if you want to unlock YouTube videos or if you use the streaming service of a potentially untrustworthy source.

Stream Local Television Even When Abroad

Say you are currently abroad but would still like to stream your local television offerings. This is no problem with a VPN. Although geo-blocking is not as big an issue, at least within some areas, like the EU, as it was a few years ago, it is still absolutely applicable for pretty much everywhere else.

Even within the EU, certain broadcasts can still be blocked—these often include sporting events or live concerts.

That problem becomes a thing of the past with a VPN because you can always simulate a local IP address and thus receive the same program when you are away as if you were in your home country.

The principle described above also works the other way around, namely if you are at home and would like to access foreign programs and media libraries.

Whether streaming American Netflix abroad or the most popular TV shows from Turkey,a VPN makes all of this possible.

Your only limitation is that your VPN client must have a server location in the country whose IP address you want to simulate.

At Shellfire, we currently offer IP addresses from 35+ countries. Find out about our server locations here and download the Shellfire VPN client for free!.

You can also unlock YouTube videos using a VPN client. Although there are no more GEMA locks in Germany, this doesn’t mean that certain content is not available there. This is the case in other countries as well. Activating a VPN can immediately solve this problem.

This can also be a great benefit when traveling. For example, YouTube is automatically blocked in China, but with a VPN you can enjoy YouTube videos while traveling there as well. 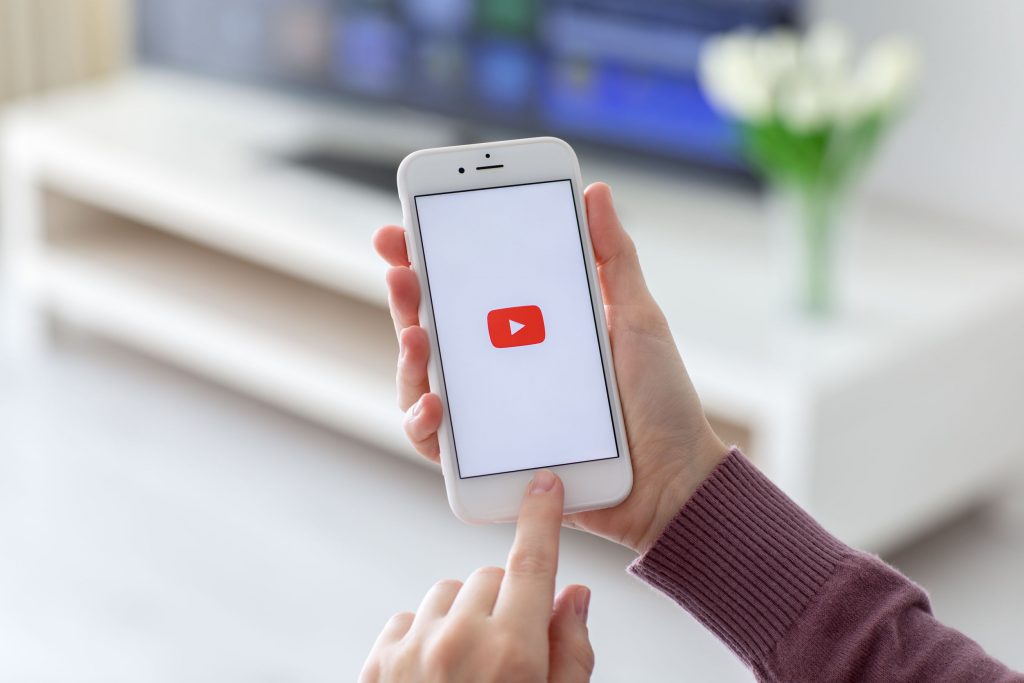 Unlocking YouTube is no problem with a VPN, whether you are at home or traveling. (Image: prykhodov/123RF)

Sometimes you may find yourself in the position of streaming content from sites that you don’t trust 100% or are not sure if they even have the right to provide you with certain content.

In such cases, it is highly recommended that you use a VPN to hide your real IP address and only access the streaming site through your VPN provided IP address.

To this end, it is advisable to use a VPN provider that doesn’t log files (like Shellfire).

How and Where Can I Download a VPN Client?

The Shellfire VPN is available for various operating systems of your choosing and can be downloaded from the following links:

Downloading and using the Shellfire VPN client is free of charge. For streaming, we especially recommend our Premium-VPN, which is can cost as low as 5,00 € / month.

How to Use a VPN Connection on Devices Other Than PC?

Noteworthy examples of devices used for streaming that don’t have (unlimited) VPN support by default are:

The Shellfire Box is a plug-and-play VPN router that can be set up quickly, easily and without any technical knowledge. To establish a VPN connection with any device, simply connect it to the Shellfire Box’s WLAN network and you’re ready to go.

In this video, you can see how easy it is to set up the Shellfire Box:

The Shellfire Box is delivered to you completely pre-configured. It is also already authenticated and encrypted for immediate use. Simply follow the steps below:

For configurations to use a different server location or change the WLAN password, we provide you with an extremely easy to use web interface which is also explained in a tutorial.

If you buy a Shellfire Box, you can use our premium VPN with unlimited speed and data volume FREE for two years.

Click here to get more information about the Shellfire Box and buy it quickly, easily and safely online!

If you like to stream and don’t yet use a VPN, you should seriously consider switching in light of the advantages described in this article—as well as the other advantages of using a VPN.

Shellfire offers both a free VPN and a premium VPN. Both use the same software that you can download from this page.

If you stream often on devices that do not support VPN, the Shellfire Box could be a very attractive option.