You know the scenario. You have just started streaming your favorite show. A few days later you travel to another country and want to continue watching the series, but to your horror, you realize that it’s not available in your current location. Or maybe you want to watch a sporting event on the Internet and the media library of the station broadcasting that event is not available in your country.

Or you travel to China and find that you suddenly can’t communicate with your friends and family via Facebook because the site is blocked in China.

In all of these situations (and many more), geo-blocking is the root cause of the problem. In this article, we will explain what geo-blocking is, when it becomes a problem and what types of geo-blocking exist. Finally, we’ll explain the ways to get around it.

What Exactly is Geo-blocking?

When you connect to the Internet, your terminal device receives a so-called “IP address”, which clearly indicates the country in which you are currently located. This makes it possible to specifically block users from certain regions and make web content accessible only to users in others. This is often due to licensing regulations.

For example, the ORF can buy the broadcasting rights for Formula 1 in Austria. However, this does not give the broadcaster the right to broadcast in Germany as well, since another broadcaster has acquired the rights there for more money. Sometimes entire websites are specifically blocked for certain countries and regions. For example, in the course of the introduction of the GDPR in Europe, numerous US media decided to block Internet users from Europe for fear or receiving warnings.

In other cases, governments decide to deliberately block certain types of content. China, Turkey and the popular holiday destination of Dubai are particularly notorious for this. Whether this is “geo-blocking” according to a strict definition is, of course, open to discussion. Still, the end result remains the same for you as an internet user.

How Can Geo-blocking Be Avoided (For Free)?

The simplest, safest and most reliable method to circumvent geo-blocking is to us a VPN.

This is a software that you can install on your device and then connect to the Internet. It disguises your actual IP address and instead gives you the IP address of another country of your choice. Shellfire, for example, currently offers IP addresses from more than 35 countries.

No matter whether you would like to have an American IP address (for example to watch US Netflix from anywhere) or whether being abroad you need an Italian, a Spanish or a German IP address, our service can help. 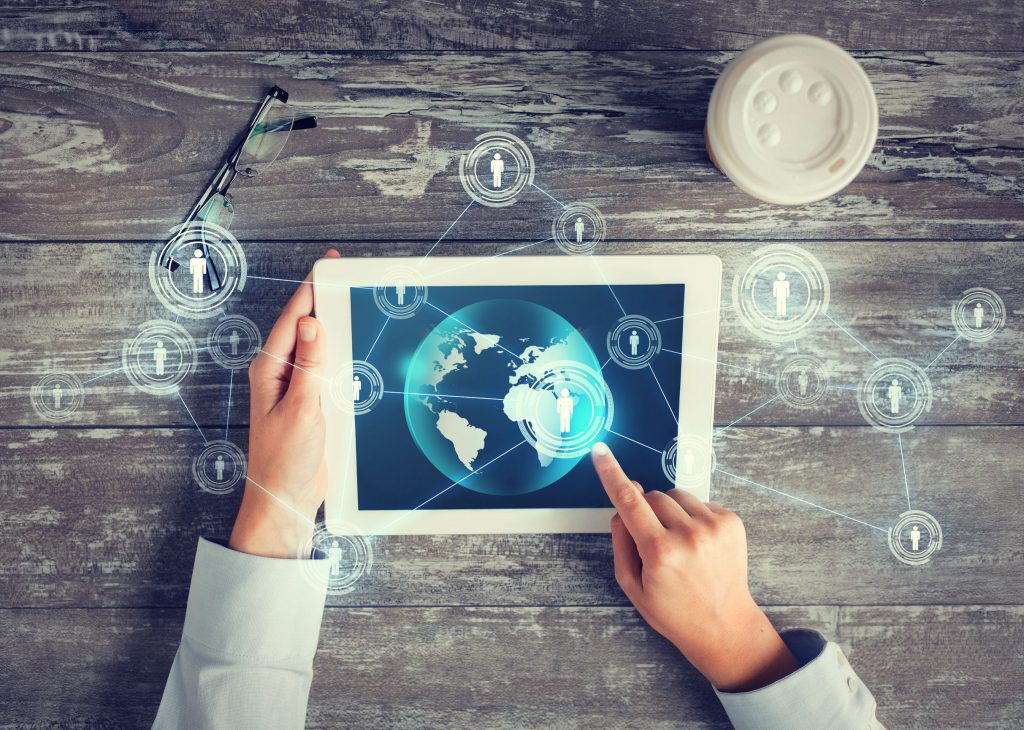 Thanks to VPN, it is relatively easy to bypass geo-blocking and surf online with IP addresses from all over the world. (Image Source: dolgachov/123RF)

How To Set Up a VPN Connection?

Setting up a VPN connection is very easy. First, simply download our VPN software for the operating system of your choice, free of charge:

Then simply follow the onscreen instructions and create an account with Shellfire. Your data is safe and, as a VPN Provider without log files, we guarantee you a maximum of anonymity.

After you have created your account, you can instantly start connecting to the internet via VPN and avoid geo-blocking. In its basic version, our VPN service is free of charge for an unlimited time. Germany and the USA are available as server locations. For unlimited speed and access to IP addresses in more than 35 countries, we recommend our Premium-VPN, which is available from around 5.00 € a month.

Can Geo-blocking Also Be Bypassed Without VPN Support?

Yes, geo-blocking can also be used with terminal devices that do not actually support VPN software. This includes among others:

If you want to use geo-blocking with one of these devices, the Shellfire Box is the easiest solution. The Shellfire Box is a “Plug-&-Play VPN-Router” or, in other words, a device that you connect to your router via cable, which allows you to connect to the Internet with any device you desire within minutes—whether it supports VPN or not.

Setting up the Shellfire Box to bypass geo-blocking is done in 4 easy steps:

You can, of course, connect several devices to the Shellfire Box at a time.

Click here for more information about the Shellfire Box now!

Is It Legal to Avoid Geo-Blocking?

Note: We are not lawyers and the following answer is in no way intended to constitute legal advice.

The use of a VPN for anonymization is legal and you need not worry about it. Even the removal of geo-blocking mechanisms does not seem to violate any applicable law at the moment.

However, it is possible that you may violate the terms and conditions of a provider you use. Streaming providers can prohibit the use of a VPN in their terms and conditions and punish violations by blocking their accounts. In practice, however, this does not appear to be a major issue at the moment (January 2020).

Is There Geo-Blocking Within the EU?

Since the introduction of the portability regulation on April 1, 2018, geo-blocking is no longer as important an issue within the EU as it was before. For example, if you are temporarily in another EU country, streaming providers must now continue to give you access to the package you have booked.

However, this regulation has no effect on countries outside the EU. For example, when traveling to the USA, geo-blocking will still be an issue.

Even within the EU, there are still some restrictions in practice. In particular, television station media libraries that can be accessed free of charge are currently still blocking specific transmissions. For example, if you try to watch the Formula 1 transmission of the BBC or ORF from Germany without a VPN, then geo-blocking will most likely work in these cases.

In times of streaming and global mobility, geo-blocking is a relevant topic for everyone. Fortunately, you don’t have to accept it; with the help of VPN software or the Shellfire Box, geo-blocking can be handled quickly, easily and without major difficulty.

Since 2020
max 50 MBit/sec
With the brand new Wireguard update, the box reaches three times its previous download speed. You can now stream video in 4K/Ultra HD with the VPN-protected wifi it opens up for you.