In order for you to take full advantage of your Microsoft Xbox console, a VPN is the best way to do so. You can stream American Netflix series, play Xbox games sooner, and generally surf anonymously and securely. You can find out how to connect your Microsoft console by VPN here.

Why Using a VPN on the Xbox is Practical

There are many good reasons to connect your Xbox to the Internet via VPN. These include early access to new games, access to streaming services that are not available in your country, and some of the benefits associated with online gaming.

The release of a new game for Microsoft’s consoles does not always happen at the same time. Some countries still have to be patient, since the release dates are set by degrees. In some cases, games are not even released for individual countries, excluding players there.

This so-called geo-blocking can be circumvented with a VPN. This makes it possible to generate an IP from the desired country and to download the game easily. Fortunately, geo-blocking is rarely used for games, whereas it is more common for DLC content (additional downloadable content for Xbox).

You love original scoring? Then you will likely be interested in streaming American versions of Netflix and others. This isn’t easy in some countries, because a VPN is needed to get around this geo-blocking.

The VPN connection also allows you to stream via Netflix on your Xbox One or Xbox 360—in the language you want.

When playing games, Microsoft’s console usually connects to the Internet as well. Many games even exploit this network connection, so you are basically always a potential target for attackers. To play safely and anonymously on the net, a VPN is used.

This also reduces the chance of being infected with malware and DDoS attacks. Data packets are encrypted by the VPN connection, making the gaming experience more secure.

But security and anonymous gaming is not the only topic in the foreground with a VPN for the Xbox. In some cases, you also reduce your ping, which is especially relevant for shooters and other concentration and tactical games. In these cases, often even milliseconds can be decisive for victory or defeat.

If you are interested in the advantage of a VPN for gaming, we invite you to read our detailed article on this topic. 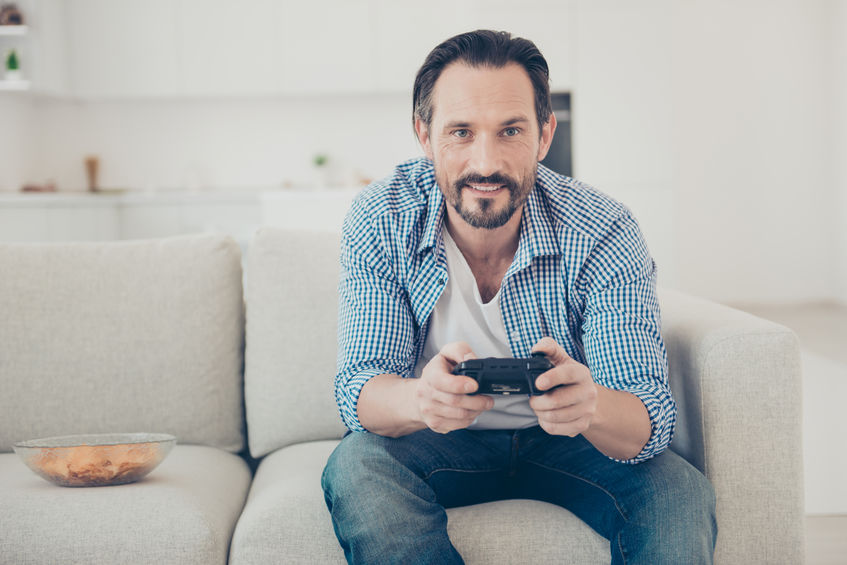 How To Set Up VPN on Xbox

Microsoft Xbox does not support VPN usage on its own, so you must opt between the simple use of the Shellfire Box or the complicated method.

A practical alternative to the conventional but complicated version is to use a Shellfire Box. Only three small steps are required for a quick start with the VPN for Xbox One or Xbox 360.

If you want to end the VPN connection and use your normal internet connection again, you simply need to switch to your regular WLAN network.

In these three easy steps, you’ll be up and running, and you’ll be able to bypass geo-blocking on your Microsoft console. Also, in terms of security and lags, the Shellfire Box is the best way to enjoy your gaming experience on Xbox One or the older Xbox 360.

The same method works with other devices as well. Worth mentioning here are competitor products such as  PlayStation 4 or streaming sticks like Chromecast or the Amazon Fire TV Stick. Even the Android TV Box, the VAVOO.tv Box or Smart-TVs without default VPN support can use a VPN connection without issue thanks to the Shellfire Box.

Conventions And Rather Complicated Method (via PC)

You can set up the VPN connection using the Wi-Fi router, Windows or Mac. There are several steps to doing this.

Using a VPN in conjunction with the Xbox One or Xbox 360 is extremely easy thanks to the Shellfire Box, even though the Xbox does not provide VPN support by default.