Steam is practically a household name in the gaming world whether you’re a pro gamer, gaming veteran or casual gamer. Games distributed across the Valve platform include popular titles such as Portal, Counter-Strike, Left 4 Dead, Team Fortress, Half-Life, and others.

If you found your way to this article, there is a good chance that you are interested in using a VPN client in conjunction with Steam. This can offer numerous advantages, such as access to games that are not available in your geolocation (yet). However, there are some things to consider when jointly using Steam with a VPN service.

In this article, we intend to help you decide whether it makes sense for you to use Steam in conjunction with a VPN client and what you should consider. We also cover the most frequently asked questions about using Steam with VPNs.

How To Use a VPN with Stream

Using the Shellfire VPN in conjunction with Steam is very simple. First, you simply download the free VPN client for the operating system of your choice:

Once you have installed the program or app, all you need to do is register for our service to be able to use it. This is also free if you intend to use our free Steam VPN with server locations in Germany and the USA.

Alternatively, for a small monthly fee, you can use our premium VPN without speed limits and with server locations in 35+ countries.

What are the benefits of using a VPN client in conjunction with Steam?

Using a VPN together with Steam offers you many interesting advantages:

For more information about VPN for gamers, we recommend you read our article on this topic. We have also written an article describing how you can use our VPN service in conjunction with consoles such as the PlayStation 4, PlayStation 5 or Xbox 360 and Xbox Series. 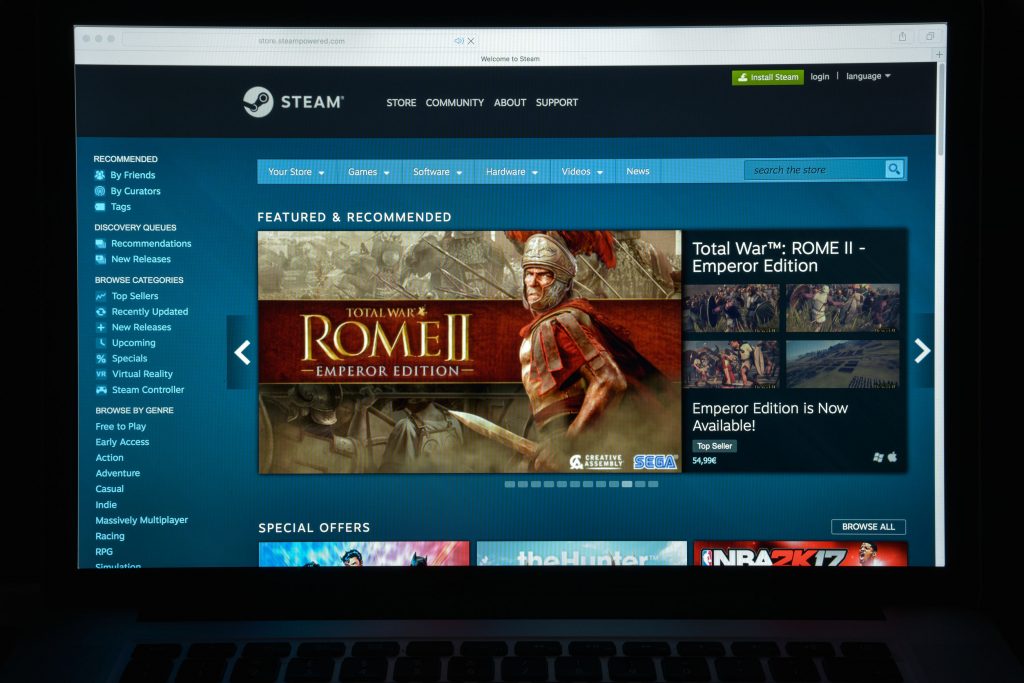 Steam is extremely popular with gamers worldwide due to its extensive selection of games and attractive prizes. (Source: piotrkt/123RF)

Can Steam ban me for using a VPN?

It should be noted that we are not legal experts and thus not liable for any damage caused by the implementation of the information in this article.

Unlike with PlayStation or Xbox, it is relatively easy to use a VPN service in conjunction with Steam. However, there is always a risk that you will be banned from Steam for using a VPN. This is stated in the Steam Terms of Use:

You agree that you will not use IP proxying or other methods to disguise the place of your residence, whether to circumvent geographical restrictions on game content, to purchase at pricing not applicable to your geography, or for any other purpose. If you do this, Valve may terminate your access to your Account.

It is not advisable to use SPN with Steam if you want to avoid Steam’s specific geographic restrictions or if your goal is to use a VPN to buy games on Steam at lower prices.

Those who use a VPN to avoid government prosecution or blocking (see our articles on VPN use in Dubai, China or Saudi Arabia), probably have less to worry about. However, there is always a certain amount of risk remaining.

All in all, under no circumstances should you attempt to purchase games at a lower price or items not available in your home region or country while using a VPN connection. It goes without saying that you should not harm other players.

Using a VPN service in conjunction with Steam may seem attractive at first glance, but it does present a certain risk. If you plan to use a VPN with Steam, it is important to consider whether the potential benefits outweigh the potential risk.