If you like to play multiplayer PC games, you may have a keen interest in keeping your ping as low as possible and reducing in-game lags.

You may have seen tips in our other articles about how to optimize ping on consoles such as PlayStation 4 and Xbox Series X / Series S, and now we would like to do the same for those of you who use Windows 10.

How is ping measured and how high/low should it be ideally?

As a rule, your ping (also called latency) is measured in milliseconds (ms) and should ideally be below a value of 60 when playing online multiplayer on Windows 10. Though you can feel the lag when slightly above a ping of 80, the gaming experience is not noticeably affected in most cases.

On the other hand, with a ping of about 200, information from the game server be delayed by two-tenths of a second, resulting in noticeable lags and can render multiplayer shooters almost unplayable.

Basically: The lower your ping, the better.

How do you know how high the ping is?

Almost all multiplayer games measure your ping and tend to display it rather predominantly. As you can see below, the ping (or latency) is already displayed in the server list in Counter-Strike: Source, for example. 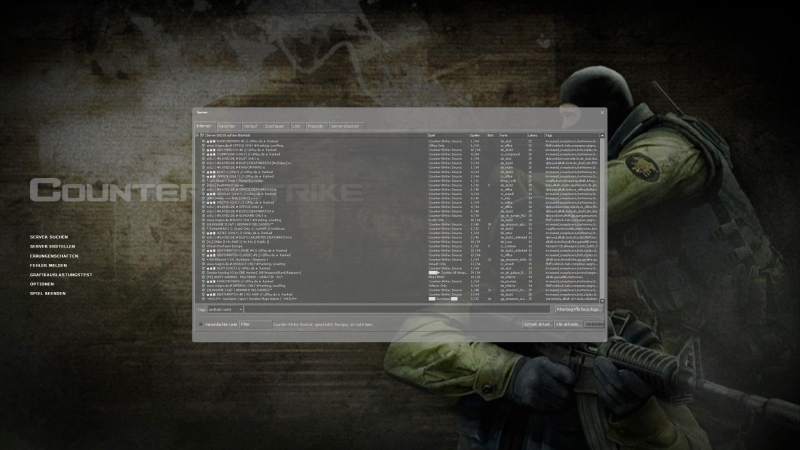 In almost all multiplayer games, you can see the latency of each server in the server list and thus consciously choose servers where you can play with low ping.

In addition, you can usually see you current ping directly in-game. In Counter-Strike: Source, for example, it’s in the leaderboard, which you open by default with the Tab key. 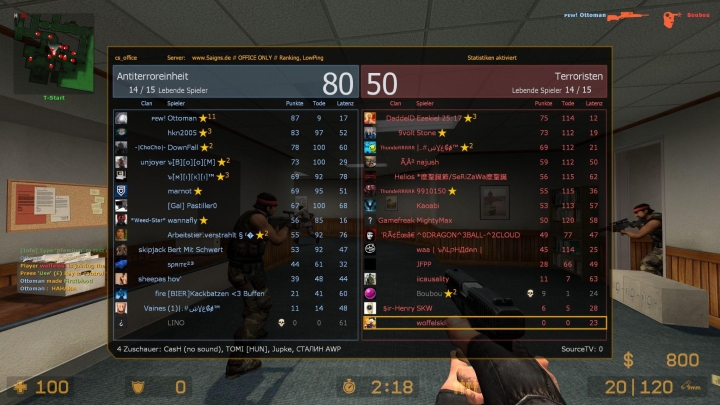 The leaderboard provides information about current game statistics as well as your ping.

How to reduce ping on Windows 10?

There are several ways to improve your latency on Windows 10.

The following solutions usually offer the most success: checking your internet and Wi-Fi connection, playing on servers with a low ping, closing unneeded programs in the Windows Task Manager, using a VPN, using other DNS servers, disabling updates in the background through Steam, Origin, etc., as well as a certain tweak of the Windows 10 registry.

In the following section, we will go into more detail about the aforementioned options.

Check your Internet and Wi-Fi connections 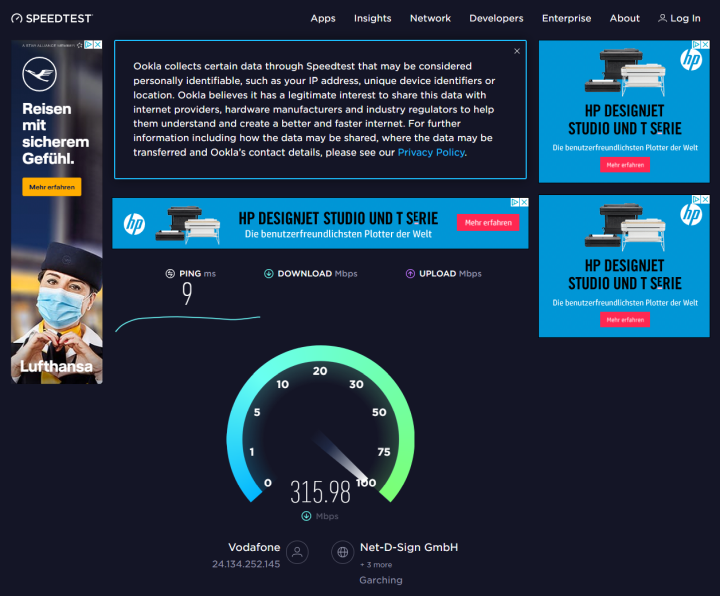 Speedtest.net allows you to measure your internet speed for free.

It is also worth trying to connect your PC directly to the router via an Ethernet cable instead of wirelessly. It is not uncommon for a bad Wi-Fi connection to be the cause of too high a ping.

Play on servers with low ping

Your high latency issues might not always be related directly to you or your internet connection, but rather to the server you are connected to.

Many problems concerning high ping can therefore be avoided by joining servers that display a low ping in the server list, if that is available in the game.

Use Windows Task Manager to close programs that take up bandwidth

Open the Windows Task Manager and check which programs are consuming a lot of bandwidth and close them if they are not needed.

If you don’t know exactly what a program is responsible for, find out via Google beforehand, so that you don’t unintentionally terminate a program you actually need.

Use a VPN client

It also often helps to set up a VPN connection to stabilize or reduce your ping. This is because the data packets can sometimes reach the game server via more direct route with the VPN server.

In addition, your Internet provider can’t prioritize your data transfer depending on the service, since it no longer has access to your data. Whether this is a potential problem or not depends on the country you live in.

The linked article tells you how to use alternative DNS servers on Windows 10. This can also sometimes help improve your ping with Windows 10.

You could try one of the following options:

If changing the DNS server doesn’t help improve your ping, you can always switch back to your default DNS servers.

A higher ping can be caused in the short-term by background updates triggered by Steam, Origin, etc.

If you often have to deal with an abrupt increase in ping which returns to normal after a while, try disabling automatic updates in the launcher you use.

Check out the articles linked below which describe the necessary procedure for the most popular launchers/stores:

Warning: This tutorial is intended for advanced users only. If you are unsure about the following instructions in any way, it is better not to use this measure.

A registry tweak can also help reduce your ping on Windows 10, with the following procedure: 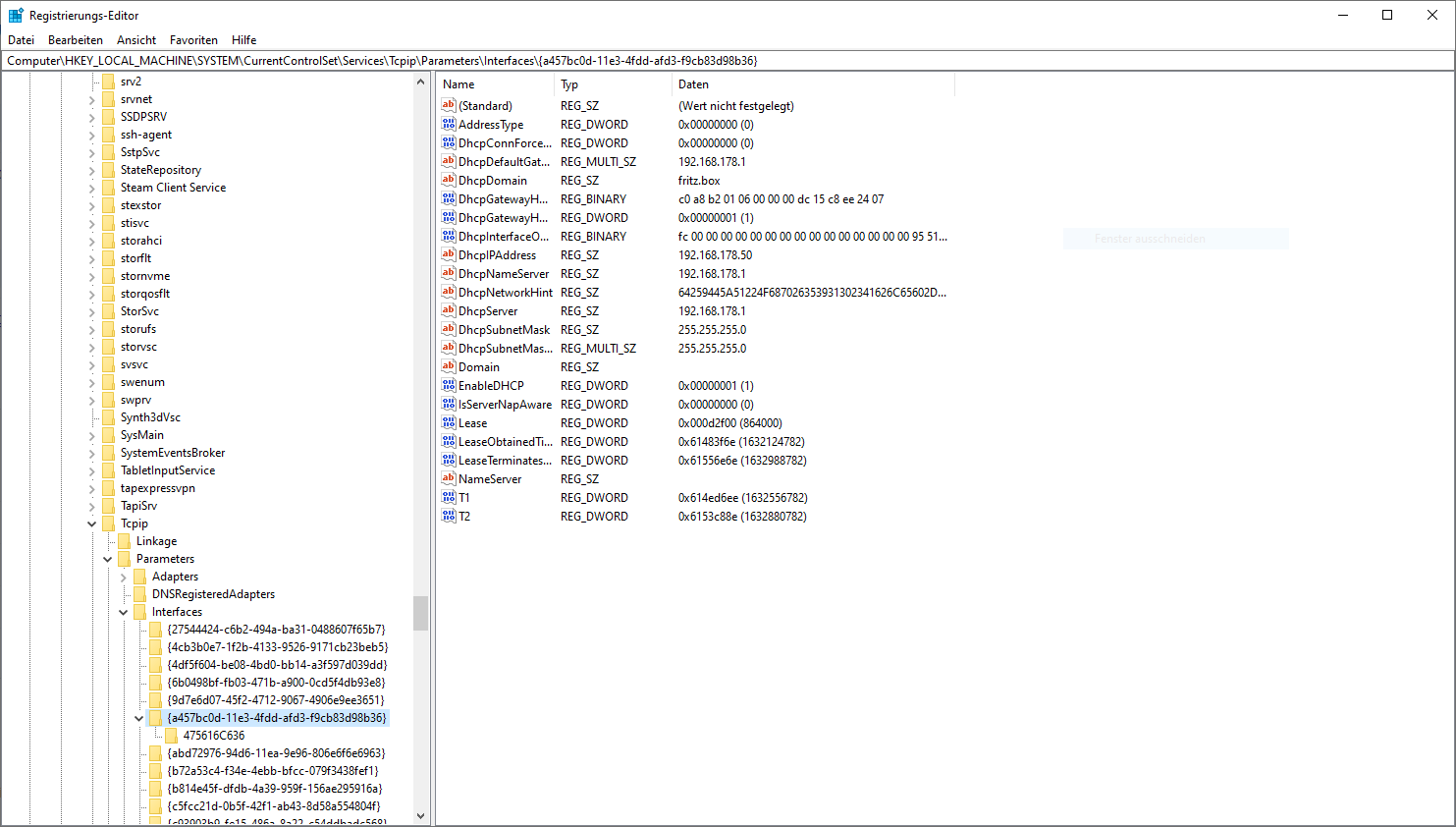 Here’s another option to try:

If you’re interested, you can find a detailed explanation for why this registry works here.

As a Windows 10 user, you have more options to reduce your ping than console gamers do. We have described the most effective tips and tricks in this article.

If this article has helped you, it would be great if you share it with your friends and on social media. Otherwise, we’re happy to receive your questions and suggestions, as well as other tips to reduce latency on Windows 10.