After having worked silently for some time, we are finally ready to reveal the secret: The pre-order of the new Shellfire Box starts now! It will be called Shellfire Box 4K and comes with a number of improvements. We expect shipping to start on April 14th, 2020. In this article we would like to tell you some facts about this new WireGuard VPN Router and give you some background information. We also have great news for owners of the “old” Shellfire Box, more about this later on in this article.

History of the Shellfire Box

When we started the development of the Shellfire Box more than five years ago, our objectives were clear:

In the meantime, we can safely say that we have achieved all these goals. From the beginning your feedback was very positive. We were able to fix minor problems repeatedly with firmware updates, which the Shellfire Box automatically installs over-the-air. The box has therefore become a real success story. In 2014/2015 we collected over $100,000 in our crowdfunding on Indiegogo.com. Since then, we have sold thousands of Shellfire Boxes and shipped to over 70 countries worldwide. 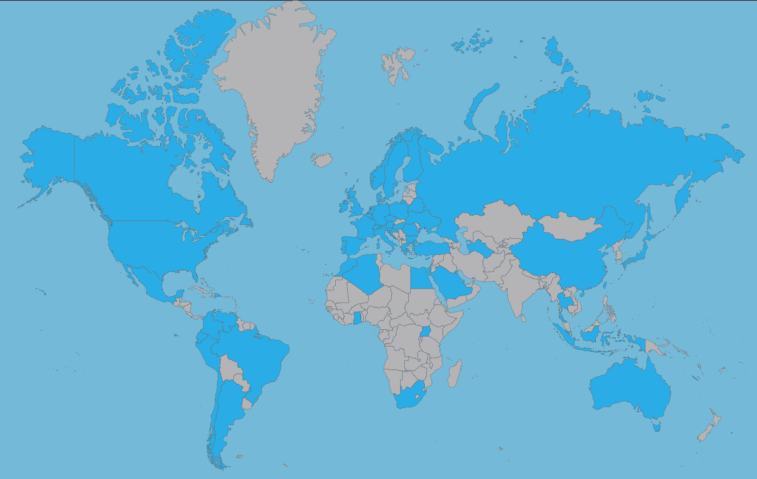 The Shellfire Box is in operation in all countries marked in blue on this map – Map created with amCharts.

Why a new Box?

In 2015, the average download speed worldwide was only 5.1 Mbit/s, while in the US it was 12.6 Mbit/s (source). These values have of course multiplied in the meantime. We have now reached a worldwide average of over 74 Mbit/s, the US average is even 135 Mbit/s (source). These high speeds are necessary: We use more and more devices concurrently. In addition, bandwidth-intensive applications such as downloads or video streams in 4K Ultra-HD resolution are now part of our everyday life. These video streams require a bandwidth of at least 15 to 25 Mbit/s. Therefore, it is not surprising that we receive an increasing number of complaints regarding the download speed of the Shellfire Box, which only reaches a maximum of 15 Mbit/s.

So it became clear to us: The Shellfire Box needs to become faster!

A few months ago, we were informed by our supplier that the Shellfire Box would soon no longer be available. Some components are simply no longer manufactured, so we had to look for an alternative. This was of course a reason for us to look for something “stronger”. In the last years there were of course some technical innovations. There are now high-end routers for home use that reach many times the VPN speed of the Shellfire Box. However, up to now there are simply no offers that provide sufficient performance at a bearable price. Hardly anyone will be willing to invest $200 or more for a Shellfire Box with a 12 month VPN subscription.

After many tests, we have therefore decided on a Qualcomm system-on-a-chip (QCA9531) as a basis. This system is absolutely comparable to our previous Shellfire Box in terms of integrated features and performance. The main advantage here is the possibility to power everything with a micro USB power source like before. Furthermore the price is in a similar range as our previous model.

What? No faster hardware? That’s right, we found a different way to achieve the badly needed performance boost! 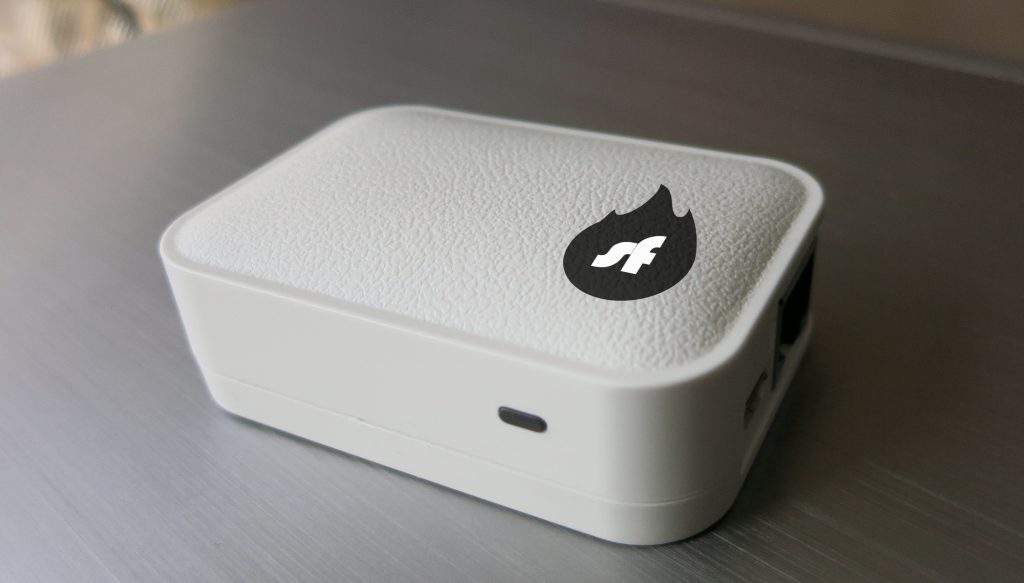 The Solution: A WireGuard VPN Router!

We have been relying on the OpenVPN protocol for the Shellfire Box since the beginning. OpenVPN has proven itself over many years and offers a high level of security. The compatibility of OpenVPN with routers and firewalls is also excellent. A disadvantage of OpenVPN is, however, that while its encryption is very robust, it is not among the fastest. Therefore, we have been closely watching the development of the new WireGuard protocol from the beginning. WireGuard has a simple design and, in contrast to other solutions, offers little “gimmicks”. At the same time, WireGuard is heavily optimized for maximum performance which is of course ideal for our purposes. The encryption used is based on completely different algorithms than OpenVPN. These have been less well audited in terms of security than OpenVPN. Nevertheless, many experts still consider them absolutely secure.

These days, WireGuard has almost fully matured. Linus Torvalds, the chief developer of the Linux kernel, recently praised WireGuard and officially included it in the Linux kernel tree. This was the starting signal for us to install and thoroughly test WireGuard on our official servers as well.

We also made quite an effort to install WireGuard on the new Shellfire Box 4K. Thanks to the optimized encryption, we were able to increase the download speed dramatically: Instead of 15 Mbit/s, up to 50 Mbit/s are now possible! This is easily enough for fast downloads and video streams in 4K Ultra-HD resolution. You can even watch two Youtube 4K streams at the same time – this makes the Shellfire Box 4K one of the best WireGuard VPN Routers available.

In addition to an approx. 3x faster download rate, the ping for online gamers is also up to 3x lower. This can make the difference between victory and defeat in a close match.

An Update for Everyone: Shellfire Box classic will also become a WireGuard VPN Router

With older devices, it is nowadays common practice for the manufacturer to discontinue support. For many routers or smartphones there are often no more updates after 2-3 years. The device may then become insecure and sometimes completely useless. This results in growing piles of waste and the need for expensive new purchases which we would like to avoid. We have decided to deliver a free WireGuard update to all Shellfire Boxes, despite the considerable development effort for us. The update will turn every Shellfire Box into a WireGuard VPN Router. The download speed is tripled to match the Shellfire Box 4K!

WireGuard requires a very up-to-date operating system to run. Therefore, a complete update of the entire firmware is necessary. This cannot be delivered fully automatically in the background, but must be installed manually. However, we have designed the process to be as simple as possible. Anyone can do it with just a few clicks.

The update will appear shortly after the launch of the Shellfire Box 4K. You will automatically receive a link to the installation instructions by e-mail. We strongly recommend that all users install the update, not only because of the higher performance by WireGuard. The box will also receive all the latest security patches, which will not be delivered for the old firmware anymore. If you want to continue to use the battle-tested OpenVPN, you will of course also find this option in the latest version via the “Connection settings” slider.

At this point we would like to thank our many loyal customers who have been using the Shellfire Box and Shellfire VPN for many years! We hope that we can also build on your trust in the future. We are happy to answer all your questions about the Shellfire Box 4K or the WireGuard Update, just use our contact form.