There are many options for companies to integrate VPN solutions. However, there are fewer and fewer traditional VPN devices, as today’s VPN solutions have much more to offer than just a simple VPN. For this reason, we examine the VPN hardware capabilities in their entirety and offer the best hardware solutions.

When Does it Make Sense to Use a Hardware Solution with VPN?

If you want to forego a complicated setup, installation or software download, you should rely on a simple Plug and Play system. This is where the Shellfire Box comes in because this device simply installs itself after being plugged in.

This is especially useful for companies and individuals who do not want or cannot use a technician to accomplish complicated installation processes. It also eliminates the need to load extra software, so there are no complicated steps to set up.

On the other hand, if you have a high level of technical expertise, you will not have any problems with classic VPN routers or other routers which offer VPN support. This only really applies if you have actual technical understanding (which is usually only the case for specialists). 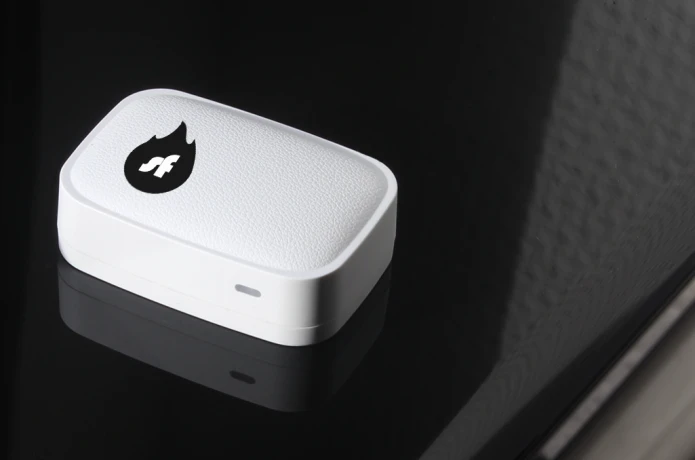 A “VPN Box”, a special type of Plug and Play VPN router, has a particularly convenient setup and allows you to use a VPN connection with any device.

Which VPN Hardware is there?

There are two different types of VPN routers. In one version, the VPN Client is installed directly from by the supplier, so that the devices themselves can establish a VPN connection. The second type of device requires customized or extra installed software. The Shellfire Box is already ready and has the VPN Client pre-installed. The Box is able to “set up” independently.

In many cases where a VPN router is used, it must be set up in a rather complicated manner and even the fine-tuning is anything but easy. Even professionals become exasperated here.

Also, in terms of data transfer rate, there are often problems with VPN routers (and in classic VPN services in general). The purpose of the VPN connection is to create strong encryption of the data to increase security. That, in turn, is a process that is very CPU-intensive and takes time. Here again, a classic VPN router has its limits.

The individual VPN routers are relatively complicated, but also differ in detail. There are some routers that already have VPN support.

What can be agonizing with a classic VPN router is easily solved in the Shellfire Box. The installation runs on a simple Plug and Play system. Customers simply plug in the Box, connect it to the router and are ready to go.

The settings work quite simply via the browser. The user selects the desired country and then automatically establishes the VPN connection. The devices can then connect to this new VPN network at all times.

In terms of transfer times and processes, the Shellfire Box offers a large amount of storage space and a high-performance processor. If you use the “PremiumPlus” service at the same time, you receive a larger selection of servers in different countries and can get along without any data restrictions.

Get the Shellfire Box now, including 1-Year PremiumPlus VPN!

Is the Presented VPN Hardware Secure?

To transfer data securely and reliably, a VPN is used. Compared to the normal Internet connection, this network is encrypted and data can be transmitted with absolute security. The privacy of a VPN router is also protected because even the IP address is anonymous.

As soon as the router has established a connection, the secure VPN sets itself up. All Internet-enabled devices (such as a laptop) can now be integrated into the secured VPN and benefit from a secure connection.

The Shellfire Box is advantageous for all devices but especially for hardware that cannot build a secure VPN connection itself. So if you want to access movies and TV shows that are not available in your current country, for example, with an Amazon Fire Stick or Apple TV, you can get along with a VPN router and benefit from a high level of security and anonymity.

VPN Hardware or Software – Which is Better?

To protect the Internet connection, you do not need to use VPN hardware. Instead, VPN software also exists and is sometimes the better alternative. But when is the software more useful? A clean VPN software is sufficient in most cases—especially when it comes to private individuals who have few requirements and are also tech-savvy.

If, for example, a company wants to benefit from a higher degree of operational security, and if the processing of the encryption also needs to be optimal, special hardware is better suited. Even if you want to get on the Internet with a device that by default does not support the VPN Client, you must ultimately resort to VPN hardware.

There are countless VPN options to establish a secure Internet connection. For the simplest application, examples for occasional private use, a normal PC is usually sufficient. Today’s computer hardware is usually able to support particular VPN software.

For professional purposes or for use with devices that do not support VPN, VPN hardware should be used. In these cases, the VPN hardware differentiates between the versions that need to be installed and configured and the simple variants. The Shellfire Box is a positive example of an automatic and self-installing Box, where users have little to do beyond connecting a cable. This Box can also be a useful alternative to the software for private individuals.